September 3, 2019 / Comments Off on Concrete Chain Sawing Is Done Professionally By Fine Cut

With the use of concrete chain saws, Fine Cut is able to make plunge-cuts for creating joints, windows and doorways, cut floor slabs, walls, retaining walls, concrete roof decks and demolition cutting with chain saws.  Concrete chain sawing requires the use of a specialty saw for cutting into concrete, pipe and so much more.  A concrete chain saw contains diamond grit to give it the strength and durability required to cut tough surfaces.

Concrete chain sawing is ideal for small openings or on odd shaped materials. This technique works on brick, block and concrete up to 25 inches thick. The diamond chain saw can also be used in conjunction with a wall saw to prevent over-cutting in corners, ensuring a neat 90-degree corner opening. This can be very important when over-cutting would jeopardize the structural integrity or aesthetics. 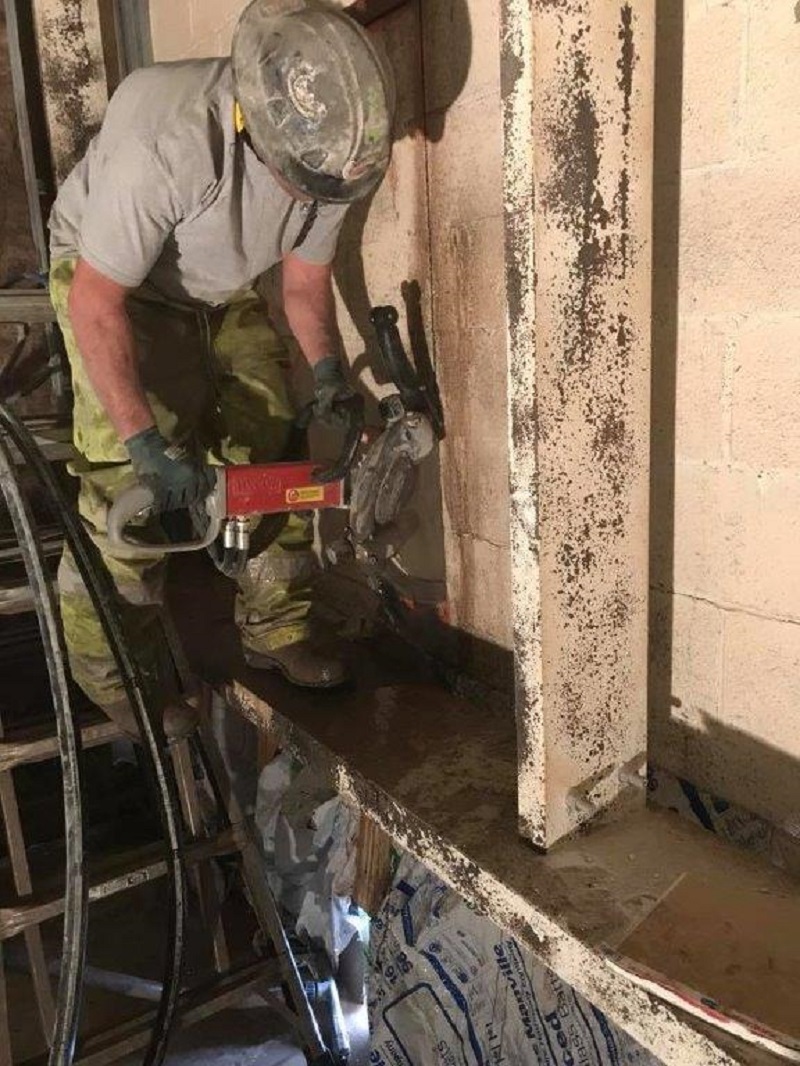 While similar to a concrete cut-off saw, a concrete chainsaw is designed to plunge nose first into the concrete and has the ability to cut more than twice as deep as a 14-inch cut-off saw.  Concrete chainsaws provide a deeper cut with no over-cut, allowing you to make square corners, which is not possible with a cut-off saw.  They can be used to make openings as small as four-inches by four-inches and to cut odd shapes and sizes.