August 6, 2019 / Comments Off on Concrete Core Drilling Is The Effective Way To Create Openings In Various Projects

Concrete core drilling is the process of drilling clean, circular holes in a concrete surface. It is one of the most effective ways to create openings for plumbing, HVAC, electrical and sprinkler systems. Fine Cut can drill holes of various sizes in diameter. Regardless of the area, our trained operators can core drill inside and outside.

Concrete coring (also known as concrete core drilling) is the mechanical process of drilling a precise circular hole in concrete structures such as walls and floors. Virtually any project that uses concrete can require core drilling, and it must be done with care in order to ensure that the overall integrity of the existing structure is maintained. 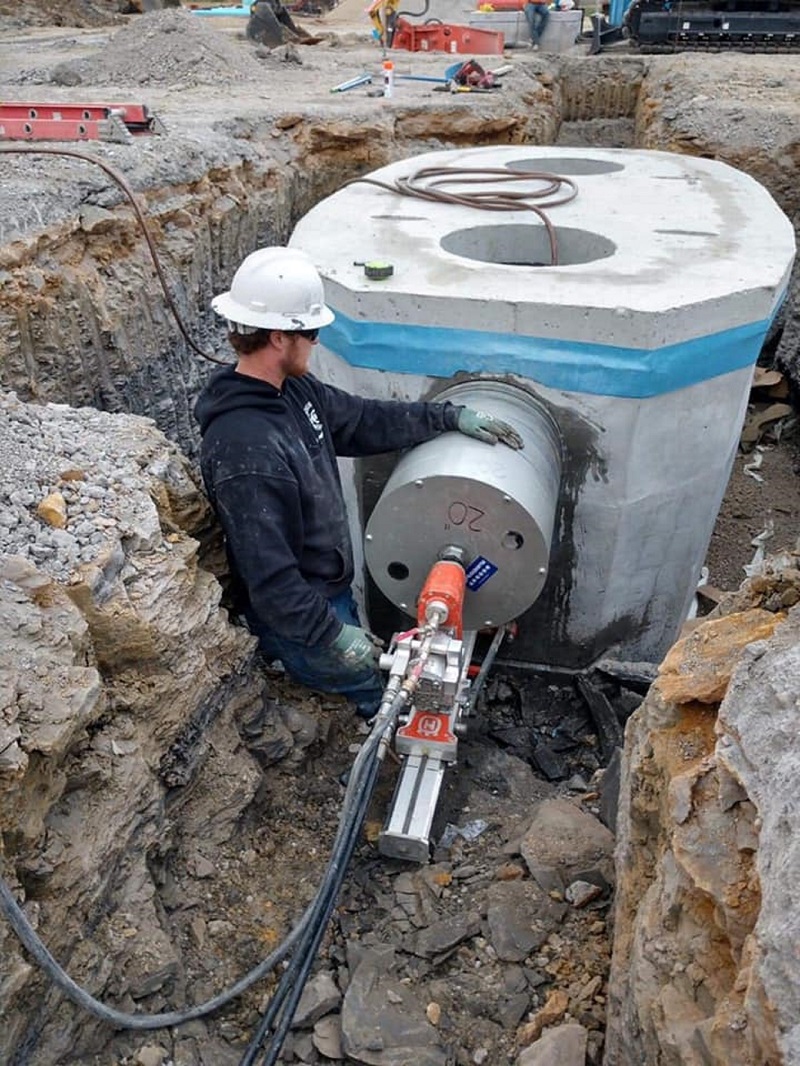 Core drilling into asphalt or concrete may be necessary to make way for other underground structures or to accommodate existing construction involving underground manholes, plumbing or sprinkler systems. A broad range of commercial projects, especially in the transportation realm, require core drilling in the early stages. Maintaining the integrity of the existing concrete surfaces as much as possible is a major concern during core drilling.

The process of core drilling typically involves similar techniques regardless of the project that requires it. To ensure that the drilling is accurate and efficient, the drill core is anchored in place. Once it has been appropriately lined up, the drill bit can be mounted on the equipment. The crank is then engaged while water is used as a coolant on the drill. Once the concrete has been drilled to the required depth, the whole core can be removed along with the drill core and bit.