July 3, 2018 / Comments Off on Concrete Core Drilling is One of The Most Effective Ways to Create Openings in Cement and Other Jobs

In general, the holes are generated for utility permeation. To help works of electric heating, plumbing, electric wiring and so on, it is important to use concrete core cutting services. For the subversive constructional jobs like manhole taps and vault taps, this service is also taken advantage. For generating ways for computer lines, sewer lines, phone lines, steam lines, water pipes and so forth by means of concrete structures, the drilling is a necessity. 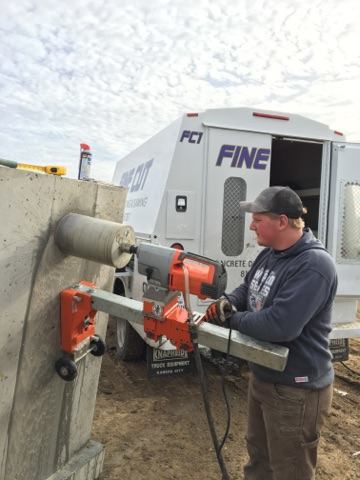 The concrete drilling device is generated from a steel pipe and you can see portions of diamonds attached to the drilling end. Every so often, the concrete core drilling tool is connected to the surface or tool by means of a bolt or anchor or a vacuum pressure.

Concrete core drilling is also commonly used to create holes for routing cables or placing anchoring bolts, installing load carrying devices like dowel bars, or for analysis of structures, rock or strata. Drilling can either be done hand-held or mounted to the surface that will be drilled.