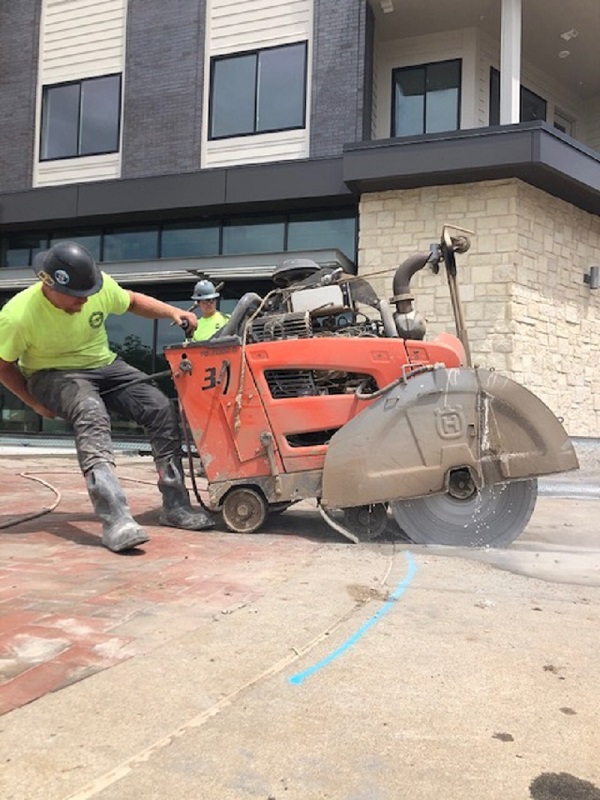 Concrete slab sawing, also called flat sawing, can take many forms on a construction site, including cutting concrete pipe, cutting horizontal flat surfaces in concrete floors and bridge decks, and leveling pavement. Likewise, the equipment required for producing these types of cutting concrete varies in both form and capabilities. Compared to jackhammering, concrete slab sawing is faster, quieter, and less stressful to structural areas, and can be performed on a variety of structures, both indoors and outdoors.

Diamond blades mounted on a walk-behind machine require only one operator for most applications. Saws with 12-inch and 14-inch blades are most commonly used for cuts up to 33-inches in depth. Cutting the right depth is important, but the length of the cut is also critical, and concrete slab sawing enables the operator to make precision cuts with no over-cutting. This is critical for keeping the job on schedule with no loss of time and for preventing cost over-runs.

Hand-held concrete slab sawing adds a level of versatility to concrete cutting that hydraulic saws don’t allow. They can be used for a wider variety of applications, such as cutting openings in walls, cutting patches for roadwork, brick, block and stone in masonry, landscaping pavers, remodeling projects, electrical, mechanical and plumbing jobs and in construction demolition.

Concrete slab sawing is the ideal solution for flat sawing through concrete for whatever purpose you need including demolition of cracked and damaged patios, driveways, walkways and more.

Fine Cut has performed slab sawing projects for numerous residential and business entities throughout the Kansas City area, including docks and marine applications, rooftop slab removal, airport runways, and power plants. Our skilled, competent operators are equipped to cut through concrete, structural concrete, stone, brick, cinder block and asphalt. When you require concrete slab sawing or other services we offered, get in touch today by calling 816-540-5787.