Concrete Slab Sawing Cuts Concrete To An Even, Flat Plane For Many Jobs

July 2, 2019 / Comments Off on Concrete Slab Sawing Cuts Concrete To An Even, Flat Plane For Many Jobs

Concrete slab sawing is the process that cuts the upper portion of existing concrete to an even, flat plane. This technique is used to level damaged pavement, provide control joints or lay underground wires and pipes. When it comes to slab on grade, structural decks, roadways and any other horizontal surface, Fine Cut’s slab saws do the job. Slab saws are powered by gas, diesel, electric and hydraulic. 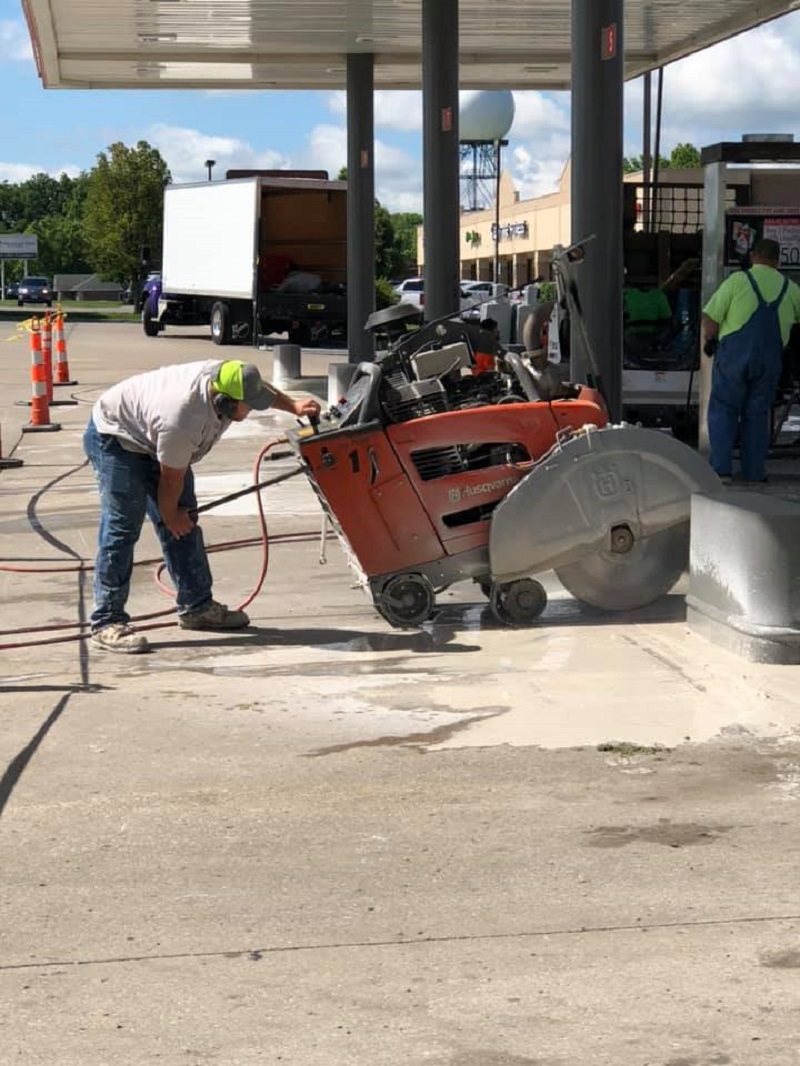 Where wall sawing is performed on vertical, standing walls, concrete slab sawing is typically performed on horizontal surfaces. Many of the same principles that govern wall sawing, however, also apply to slab sawing. Slab sawing may be required to cut an opening for a new staircase, or to remove a section of damaged concrete.

Concrete slab sawing is the most identified diamond cutting method. Slab sawing features a diamond blade that is mounted on a walk behind machine requiring one operator.

Slab sawing features a diamond blade mounted on a powerful walk behind saw, specifically designed to cut slab on grade, structural decks, roadways, airports and any other horizontal surface. Slab saws are powered by gas, diesel, electric, hydraulic and hi cycle, and are capable of safely cutting slabs up to 24” thick.

Slab saws are the workhorses of the cutting industry, allowing the cleanest, quietest and most effective way to cut concrete.